We were back at the Woodbury house yesterday. We didn't get everything on our list done mainly because the yard work was much harder than anticipated.

First I finished removing the linoleum from the upstairs hall floor but I forgot to take any pictures of it. I'll get some the next time I'm there.

Next we tackled the yard. It was terribly overgrown plus there are small to medium sized saplings all over the yard that had to be cut down. Underneath it all you can see that it was once a beautiful yard with Azaleas, Rose of Sharon, Heavenly Bamboo, and tons of Boxwoods.

The first image below will give you an idea of how overgrown the yard is: 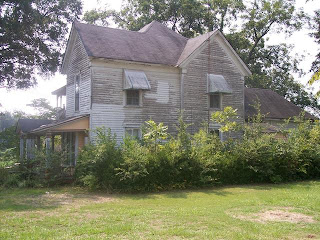 Believe it or not, that's a Boxwood hedge. Here is an after shot: 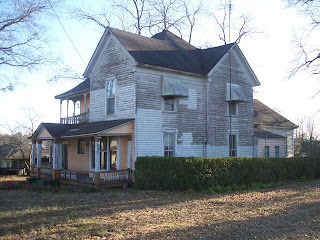 Inside the hedge on the right of the house there is a garden with numerous old plants. They were all almost completely choked out though. We had to cut the Azalias way back but they are a hardy plant so they should make a nice comeback. 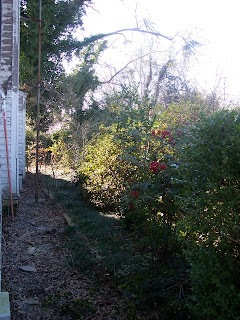 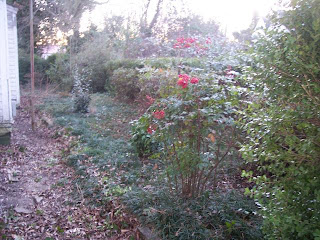 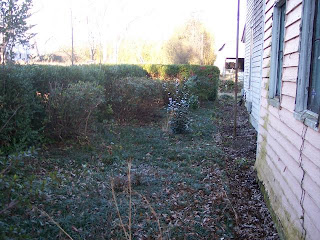 We're still not done with this area, we didnt have enough time to get to the back part of it.

The left side of the house was a jungle also: 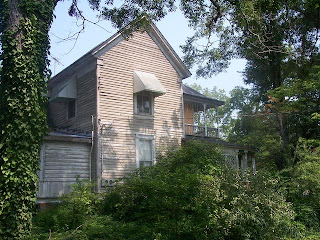 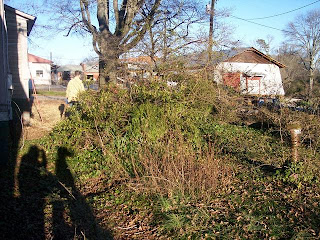 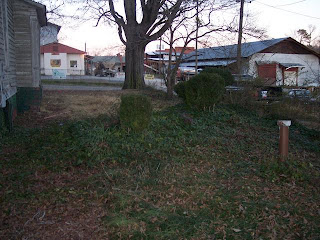 There's still a lot left to clear on this side too. We haven't even touched the meadow out back or the barn area. Each of those areas will take a day by themselves at least.

We're hoping to get back out there this Friday and work all weekend.
Posted by Jason and Heather at 8:16 AM

It's amazing what some landscaping will do to cleanup a house. I'm jealous of your heirloom plants!

Just found your blog. I'm in Australia. I can sense your excitement between the lines. Donna G