We've talked about getting a whole house fan for a long time. On cool mornings I open up the house and use a few box fans in the doors to cool the house down, I can usually cool the house down enough to last most of the day without running the air. We've talked about how much quicker and easier it would be with a whole house fan. The other day we finally decided to look into it. We searched Craigslist for a used one and found on in Atlanta for $75.

It's an Emerson 5550 CFM 30" fan. The overall dimension is 42". It had been installed as an exterior gable fan and needed to be removed. 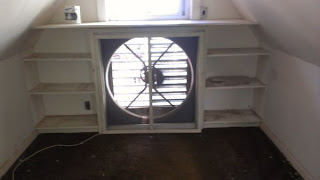 We were able to remove it in about 15 minutes, a lot easier than I thought.

I brought it home and cleaned it up. It is composed of two main pieces, the larger part with the fan and motor, and the smaller part has the louvers. These pictures are before it was cleaned. I had to use CLR on the aluminum louvers to get all the grime and corrosion off. 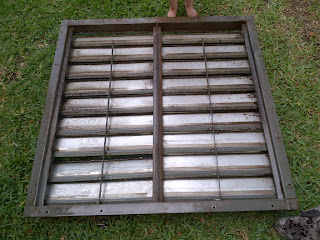 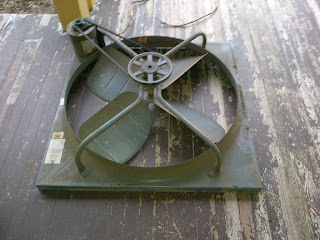 Next I cut out the ceiling above the stairs and framed in a box to support the fan. 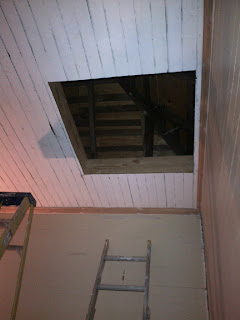 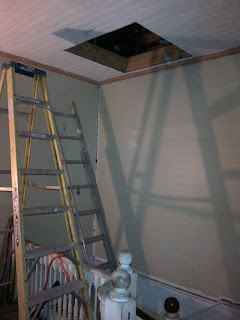 First I used 2x6's to frame the opening then used 2x8's inside the 2x6 frame for the box the fan goes on.

Next I installed the louvers underneath and then the fan on top. 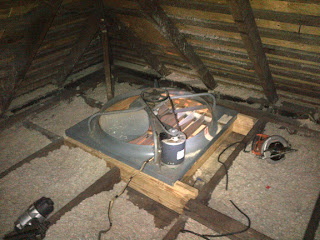 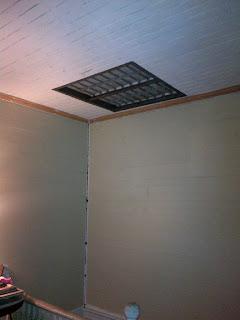 I still have to wire the fan up, it came with a 3-way wall mount switch. I will be installing it downstairs in the foyer. I'm also going to paint the frame that holds the louvers. It will be painted the same white trim color the ceiling will be painted.
Posted by Jason and Heather at 7:59 AM No comments: