Sorry, this is not a post on the house progress. I am pretty much done with my hiatus though and will be getting back to work very soon.

This post is about an old radio that I just bought. It is so cool that I just had to share it here.

Here is how I found it at an antique mall: 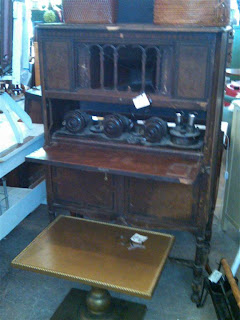 I'd never seen anything like it and was immediately interested. It turns out that they are quite rare.

It's an Atwater Kent Model 10C radio in a Pooley cabinet from 1924. This was very early in the history of the radio era, the first radio station started broadcasting in 1920.

After bringing it home I started cleaning it.

Here is a picture of the radio removed from the cabinet: 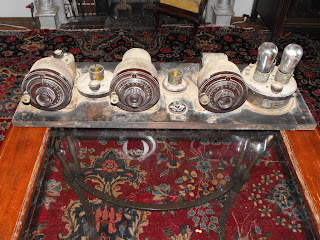 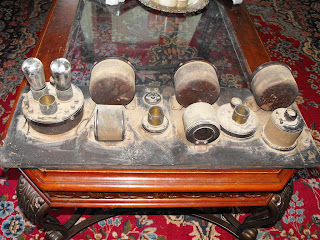 As you can see it's quite dirty. The radio by itself is called a breadboard by the way.

Here is the radio after a bit of cleaning: 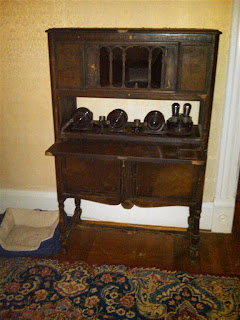 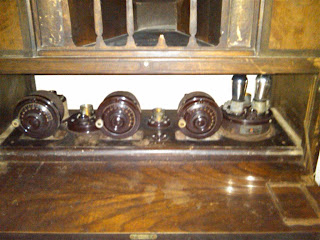 The cabinet needs a lot of work, I'm going to have to remove and replace a lot of veneer and refinish the entire cabinet.

I cleaned the radio with a damp cloth but it still needs a lot more cleaning and I'd really like to get it working. It's missing 3 vacuum tubes which aren't cheap. I've found a few sets on E-bay but they run about $250 for the whole set of 5.

I'll take more pictures once I have restored it.
Posted by Jason and Heather at 8:37 AM 4 comments: