We've been wanting to tackle this project for a while now. The front walkway was nothing but weeds and broken concrete. 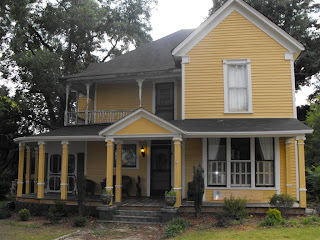 Across the street from us is the old Woodbury Oil Mill, it was built in 1902, now it's a fertilizer plant. A section of one of the brick buildings collapsed a few years back and all the brick was left where it fell. I asked them about it and they told me that I could take as many as I needed. Perfect! The brick is from the same era as the house.

I began by breaking up and removing all the concrete, below is an in progress shot.. 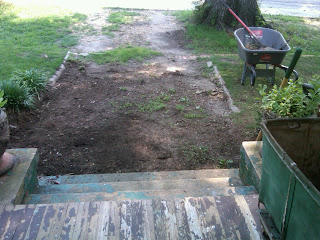 With all the concrete removed I leveled the pad. 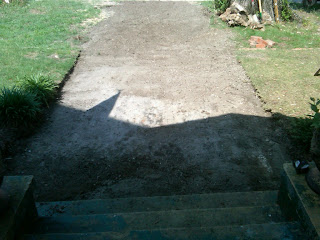 The ground slopes downward towards the right in the above picture. The soil is a combination of gravel, coal, and a little bit of dirt mixed in, needless to say it was quite hard to level off. I had to borrow a tractor from a friend to get it level.

Next I put down a layer of sand then began the process of laying the brick... well almost, first I had to gather up the brick, then scrape all the old mortar off of them.

Here is an in progress shot, I'm using two rows for the border then a standard stretcher bond pattern for the infill. 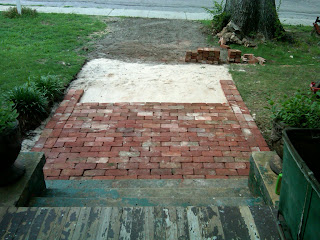 It took all three days  of the three day weekend but I finally finished it. 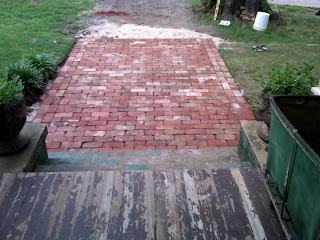 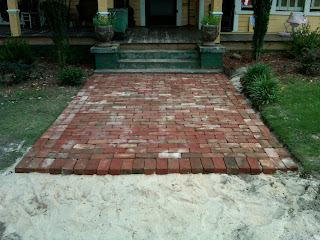 This afternoon I'll get some more sand and fill in the joints.
Posted by Jason and Heather at 8:22 AM

Looks great I have been following your progress for a while now you do great work your home looks wonderful.